Did you know? Hurricane Terms You Probably Don’t Know, But Should 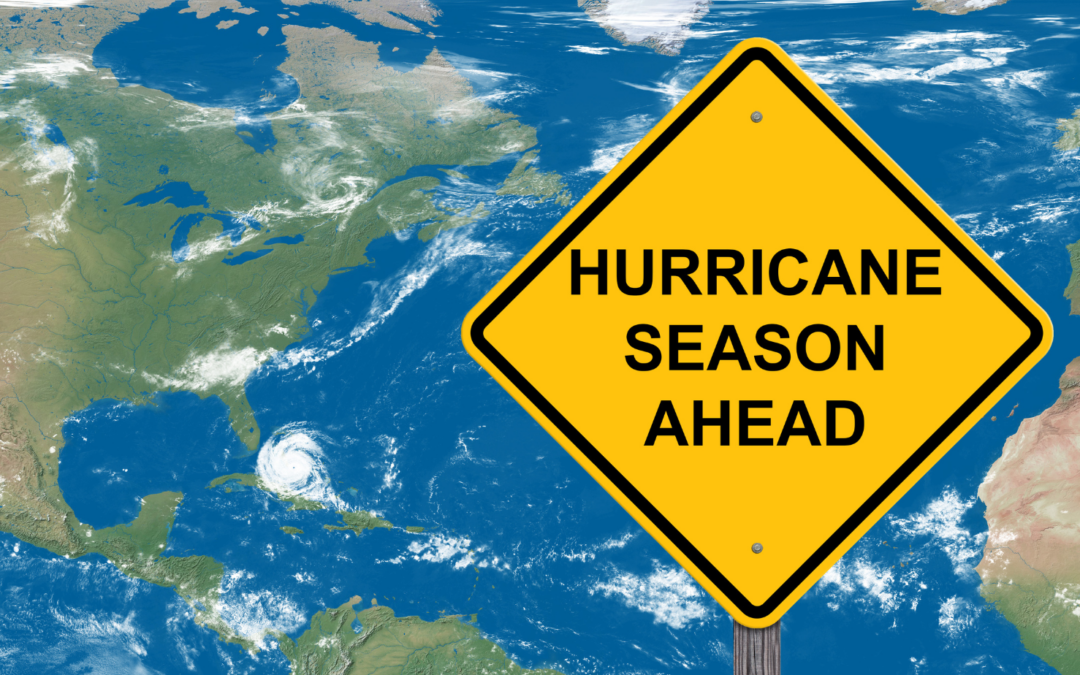 You’ve probably seen a weather news story or two that has made you scratch your head and wonder what the heck they are talking about. Like a lot of industries, the weather world sometimes seems to have a language of its own – making it tricky to understand what to expect for your property.

If you’ve ever been confused or looking for clarification during the hurricane season, we can relate!  Check out the list of key terms – and why they are important to you and your property – below…

Categories – A hurricane is categorized by its wind speed using the Saffir-Simpson Hurricane Scale. (Source: nasa.gov)

El Nino and La Nina – Opposite phases of a natural climate pattern across the tropical Pacific Ocean that swings back and forth every 3-7 years on average. El Nino is a series of unusual weather patterns caused by the warm Pacific Ocean deviating from its normal flow and accumulating at the South American West Coast. La Nina forms when water flows towards the Southeast Asian coast, resulting in an upwelling of cold water near the South American coast. (Source: ownyourweather.com)

Eye – The “hole” at the center of the storm, also known as the “center”. Winds are light and skies are only partly cloudy, sometimes even clear, in this area.

Eye Wall – The area immediately outside the eye of a hurricane or cyclone, associated with tall clouds, heavy rainfall, and high winds.

Hurricane Season – A hurricane season is a distinct time of year when tropical cyclones (tropical depressions, tropical storms, and hurricanes) usually develop. There are 7 different hurricane seasons observed across the world, referred to as: (source: Thoughtco.com)

Hurricane Watch – Issued when a hurricane is POSSIBLE. This means BE PREPARED.

Pro Tip: Even if a hurricane does not materialize in your area, the ripple effects from hurricane like conditions, or a close call, can cause devastating property damage.

Hurricane Warning – Issued when a hurricane is EXPECTED. This means TAKE ACTION.

Loop Current – warm and deep ocean current located in the Gulf of Mexico. The heat from the Loop Current can fuel and intensify a hurricane when conditions are right.

Pro Tip: Loop current conditions in the first half of 2022 mimicked what we saw when Katrina hit the US. This has sparked interest and opinion that a heavy hurricane season is ahead this year.

Polar Vortex – The polar vortex is a large area of low pressure and cold air surrounding both Earth’s poles. It ALWAYS exists near the poles but weakens in summer and strengthens in winter. The term “vortex” refers to the counterclockwise flow of air that helps keep the colder air near the Poles (source: weather.gov).


Pro Tip: Polar vortexes can be “disrupted” which can cause unusual weather patterns. More recently, you may recall cold snaps as a result of the Polar vortex being disrupted in winter of 2014 and 2015, causing many pipes to burst throughout the US.

Rain bands – Spiral bands of clouds, rain and thunderstorms extend out from a hurricane’s eye wall. These bands stretch for hundreds of miles and sometimes contain tornadoes.

Pro Tip: Remember hurricane Ida in 2021? Heavy rain after landfall caused damage all the way across the US to the East Coast – proving that even if you are not directly in the storm’s path, major property damage can occur.

Storm Surge – A rising of the sea because of atmospheric pressure changes and wind associated with a storm.

Tropical Cyclone – Like a hurricane, but typically they develop over the Indian Ocean.

Typhoon – Like a hurricane, but typically they develop over the Indian or Western Pacific Oceans.

Wind Shear – Variation in wind velocity occurring along a direction at right angles to the wind’s direction and tending to exert a turning force.

While there are certainly more terms and phrases out there that we could capture, this list should get you started on understanding the news and the forecasting IF and maybe even WHEN we face a hurricane threat this season.

If you want more information and conversation on this important topic – stay tuned and follow our social media channels for more content on hurricane season and preparedness, in the weeks ahead!
!